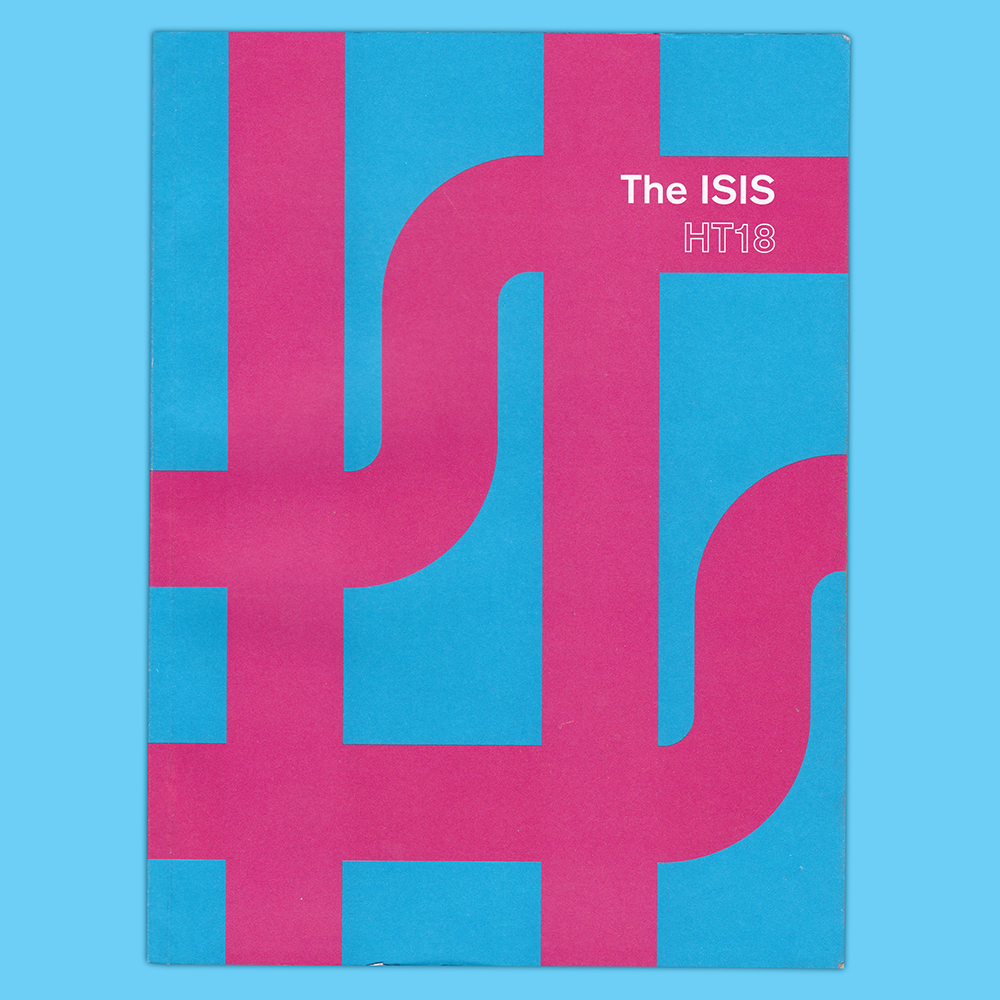 I joined The Isis magazine, Oxford's oldest student publication, in December 2017 as co-creative director along with Jiaqi Kang, the founder of sinθ magazine. We oversaw an eight-strong creative team. 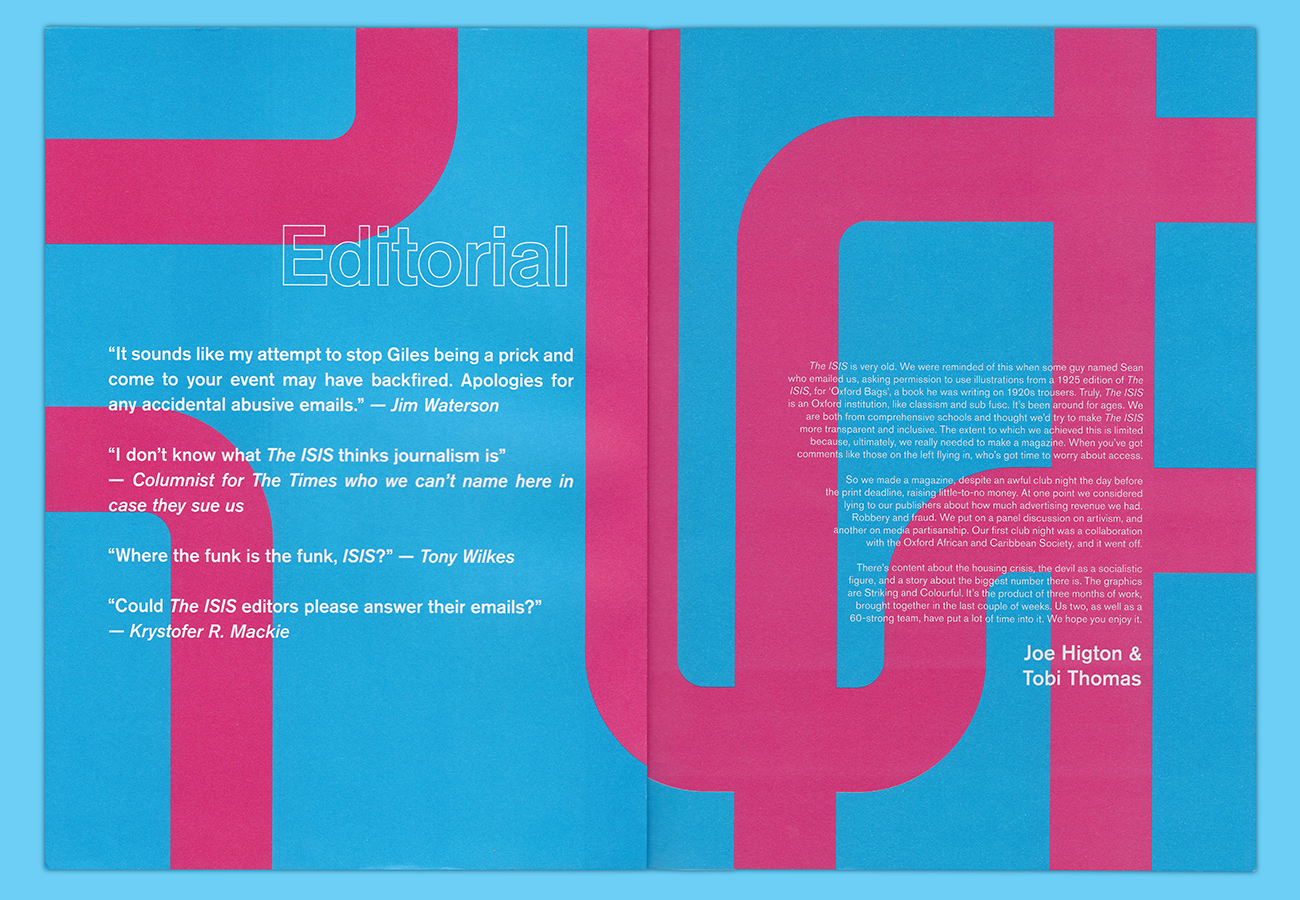 Most previous issues had suffered from a lack of typographic and stylistic consistency. The editors, Joe Higton and Tobi Thomas, also wanted a break from the magazine's typical self-conscious ‘arty’ look in favour of something more ‘graphic’. We also decided that the magazine would work better in a larger format, as previous issues had wanted for margins and whitespace.

The main challenge was time. There's never enough time to put together an issue of The Isis, as every issue is made by around fifty people, all finding time around their degrees. There needed to be a system so that, if the labour had to be divided, the output could be consistent. That meant a five-column grid, one size of body type, and a visual approach based on patterns that could sit behind the text instead of illustrations that would force it around.