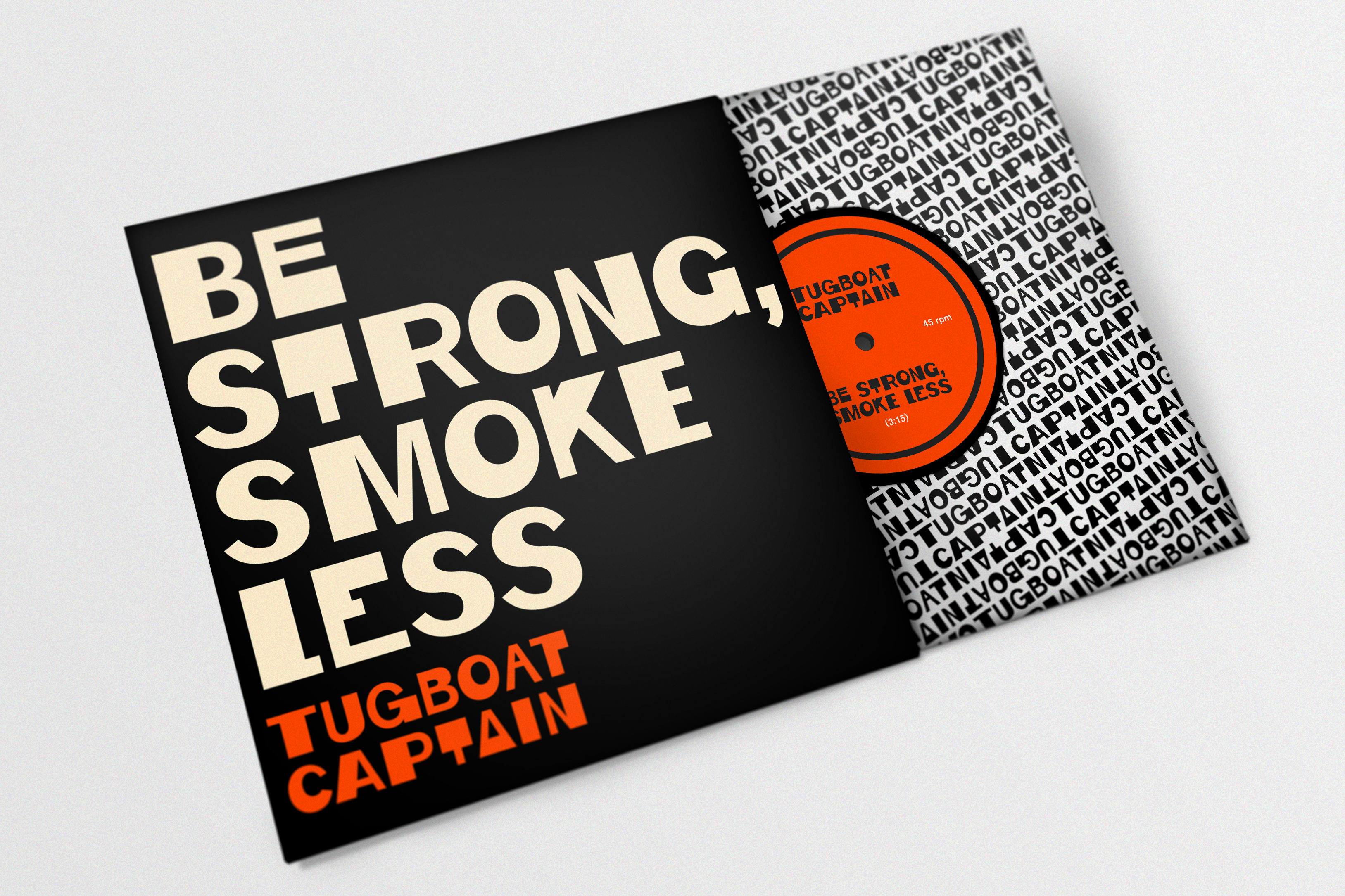 Tugboat Captain released their single 'Be Strong, Smoke Less' in March 2019. I designed the cover art, in the first use of the custom typeface I designed for the band, Tugboat Akzidenz. The single got 20,000 listens on Spotify in its first fortnight. 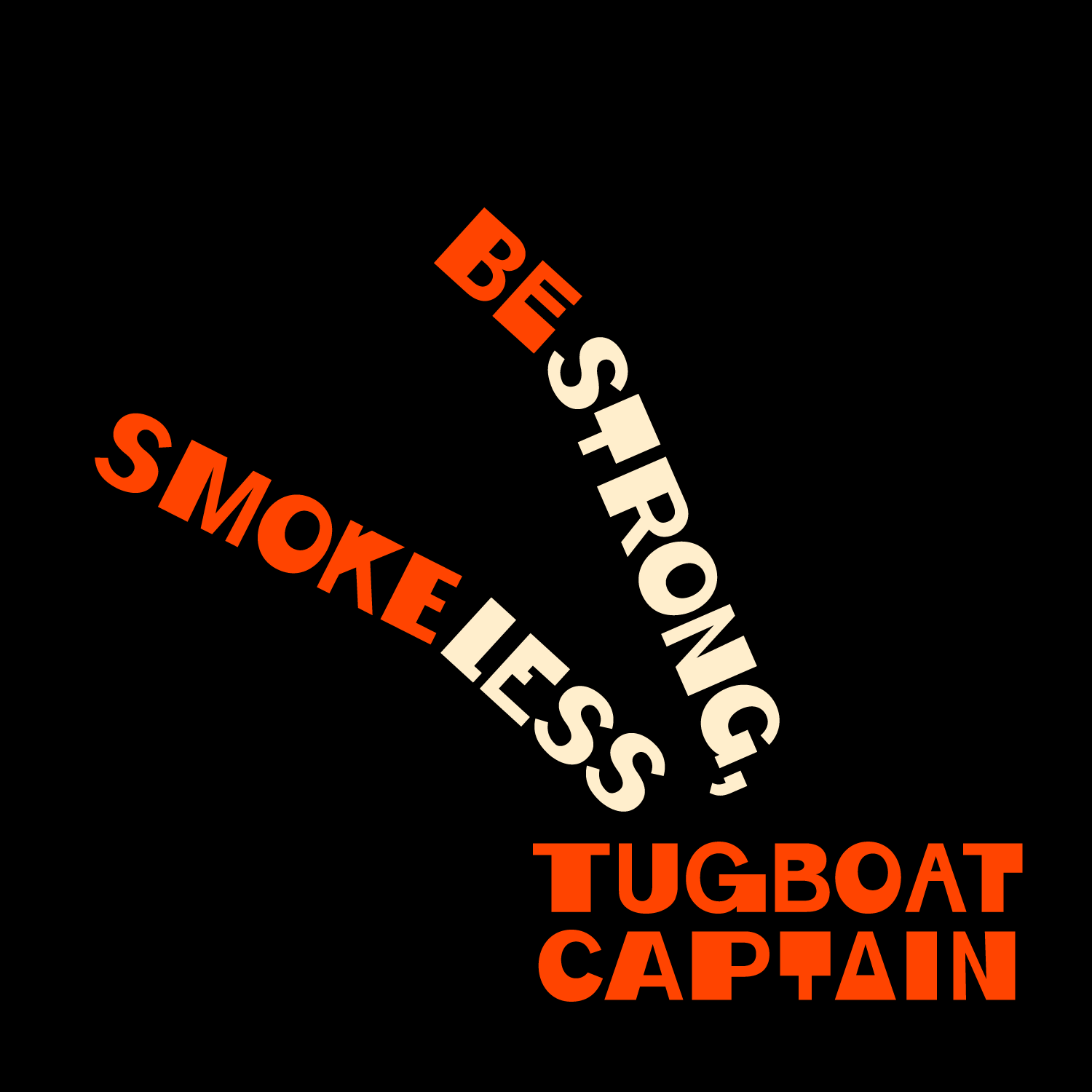 Of course I had my favourite idea for the cover art after release. Maybe one for the reissue?

'Be Strong, Smoke Less' is a motivational pledge, albeit a bit of a low-stakes, easy one – so we thought it'd be funny to tease the single release on Instagram with the title superimposed on some of UnSplash's most trite or downright baffling inspirational images.